NEWS RELEASE HONOLULU – The public comment period for the Draft Environmental Impact Statement (DEIS) for the New Aloha Stadium Entertainment District (NASED) project concludes on Feb. 8. The DEIS was published on Dec. 23 and it can be viewed by clicking on the following link: http://oeqc2.doh.hawaii.gov/the_environmental_notice/2020-12-23-ten.pdf. Comments can be provided by email (NASED.EIS@wilsonokamoto.com) or […] 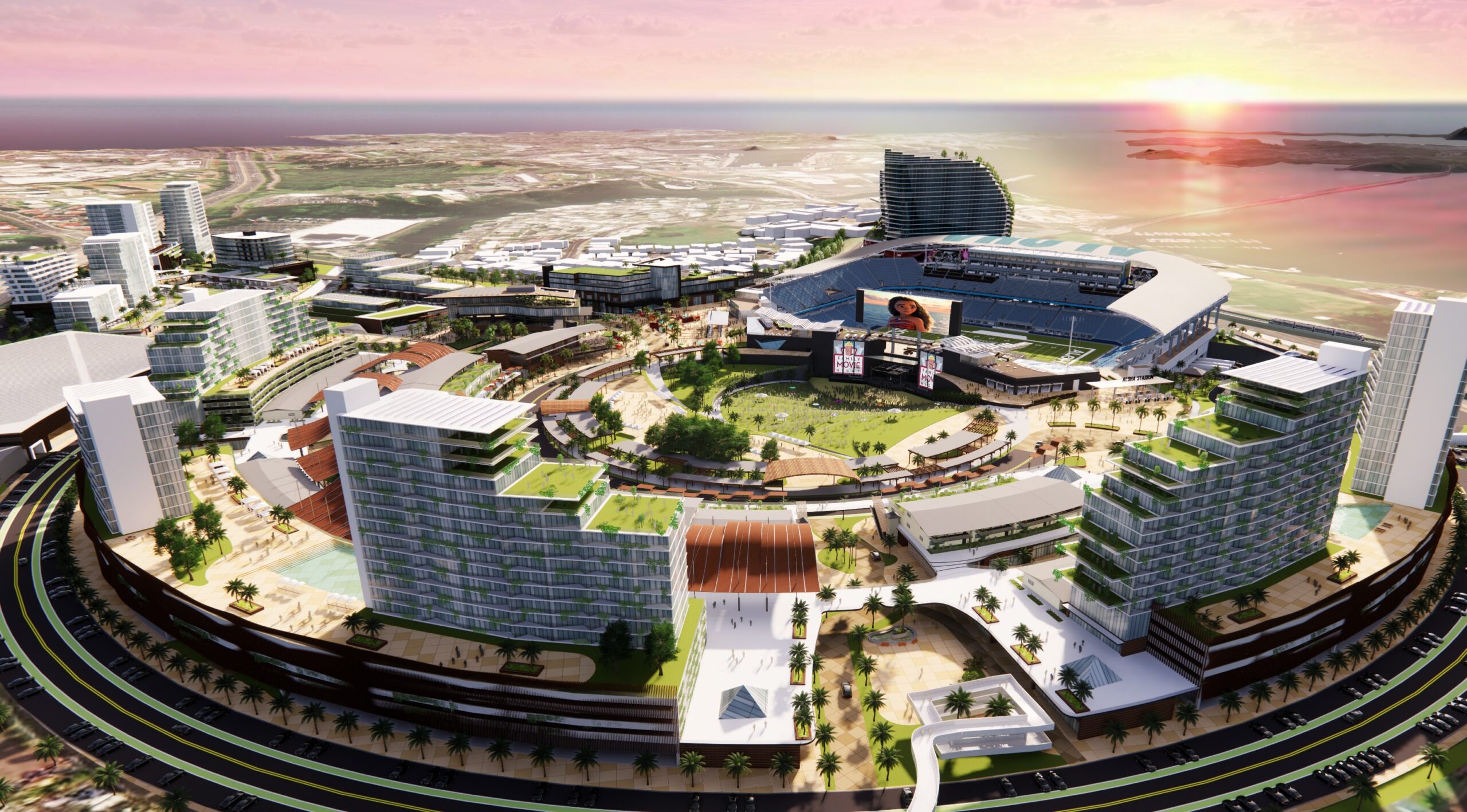 HONOLULU – Three highly qualified developer-led teams have been priority-listed by the state of Hawaii following a thorough review of responses the state received to a Request for Qualifications (RFQ) issued this past March for the New Aloha Stadium Entertainment District (NASED).

Industry Day launched for potential Developers The New Aloha Stadium Entertainment District (NASED) team will be hosting a P3 Industry Day on Thursday, October 3, to present information and gather feedback from developers and interested parties in anticipation of a forthcoming Request for Qualifications (RFQ) for the NASED development in Halawa. SAVE THE DATE: Date: […]

With success of Rams-Cowboys game, tourism officials hope for more

HONOLULU, Hawaii (HawaiiNewsNow) – The turnout for Saturday’s preseason game between the Rams and Cowboys was the highest for a single event at Aloha Stadium in the past several years, underscoring the huge demand for NFL football here. Tourism officials say there’s a lot of interest by the Rams in future preseason games in the […]

An environmental impact statement for the New Aloha Stadium Entertainment District site is expected to be concluded by the end of July 2020, according to Crawford Architects, the company hired to conduct the EIS and master plan. It is the first time since the Legislature signed off on the project in May that a public […]

KAKAAKOIn 1976, Kakaako became the first “Community Development District” the Legislature placed under the Hawaii Community Development Authority. Replacing its deteriorating infrastructure was needed to fulfill the other goals: new housing for a full range of income levels, as well as commercial and industrial properties, parks and open space.The Legislature opted for vertical housing, much […]

Under-utilized. That’s what some lawmakers believe when they think of Aloha Stadium. So they want to open it up as a development district, in other words, not just a new stadium. Discussions of redeveloping Aloha Stadium have been on-going for years, but a couple of lawmakers tell us this time, their proposals will gain traction. […]

Aloha Stadium need $30M in repairs over next 2 years, board says

Aloha Stadium will require “at a minimum” $30 million from the legislature over the next two years to fund needed repairs to keep the facility safe and operable, the Aloha Stadium Authority said at its meeting today. The announcement came following the authority’s discussion and adoption of a 2018 structural and safety evaluation by its structural engineering […]

The Stadium Authority announced Thursday that it is beginning the Environmental Impact Statement (EIS) and master planning process for a replacement for Aloha Stadium. It made the announcement while introducing Crawford Architects as its master planning and environmental review consultant as well as releasing that firm’s Alternative Site Analysis. Based in Kansas City, Mo., Crawford Architects has four […]