*Upcoming events in 2020 will be posted shortly*

SMPS is a community of marketing and business development professionals who invited Crawford Architects/WT Partnership, who is serving as the owner’s representative to present to local Honolulu business industry an update on NASED Phase 1 at a lunch function. It was a well-attended sold out event (of approx. 200 people). The magnitude of the project means many of our local architects, engineers, constructors, suppliers, service providers, and operators will benefit for many years.

The presentation included an update on the following :

Members of the New Aloha Stadium Entertainment District (NASED) team have been attending the monthly meetings of the Aiea, Aliamanu, Salt Lake, and Foster Village Neighborhood Boards and the Aiea Community Association to provide members of the board, the public and elected officials with ongoing updates about the status of the NASED project and to answer questions. Representatives from the NASED team will continue to attend these meetings to keep community stakeholders informed and seek their input about the ongoing master planning process.

Two Master Planning Community Workshops have been held in the Hospitality Room at Aloha Stadium. The first one, which was open to the general public, was held on December 18 and attended by about 50 people. The second one, which was focused on stadium tenants, vendors, sponsors and neighboring businesses, was held on January 27 and attended by about 50 people. The workshops allowed members of the public and stadium business stakeholders to identify areas of opportunity and concern about the NASED project. Following brief remarks by members of the NASED team, attendees were invited to visit stations set up throughout the room that addressed various topics of interest and concern, including Traffic, Roads and Parking, Site Program and Amenities, Stadium Design and Events, and Environmental and Sustainability. The input and feedback received is assisting with the master planning process. 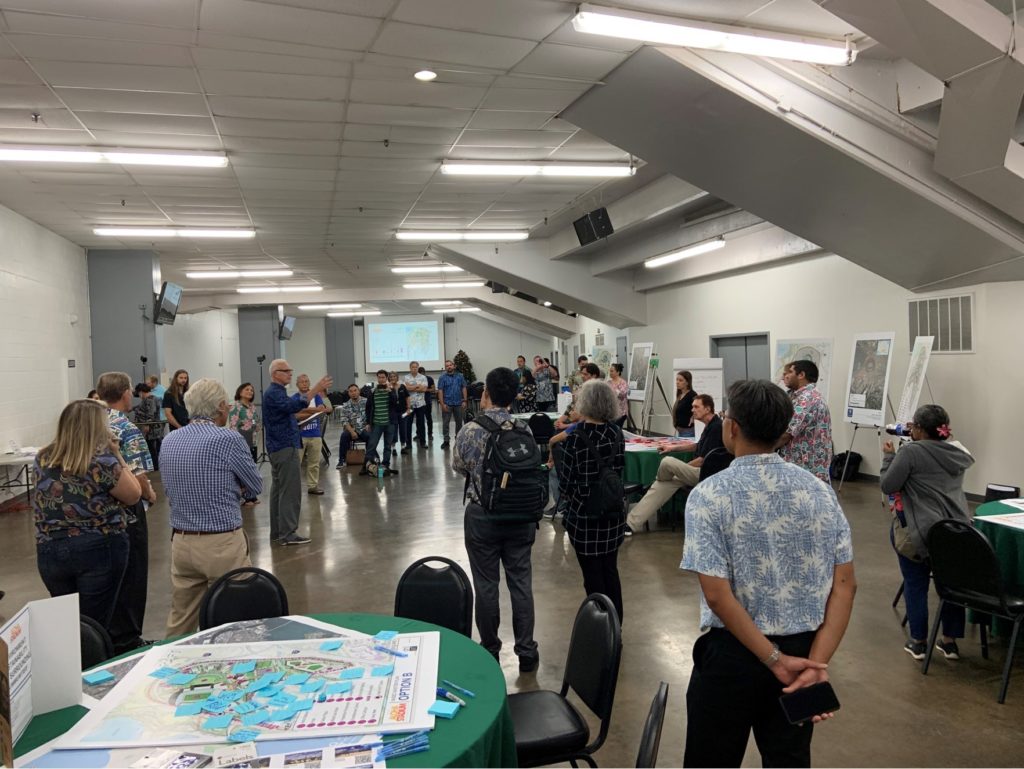 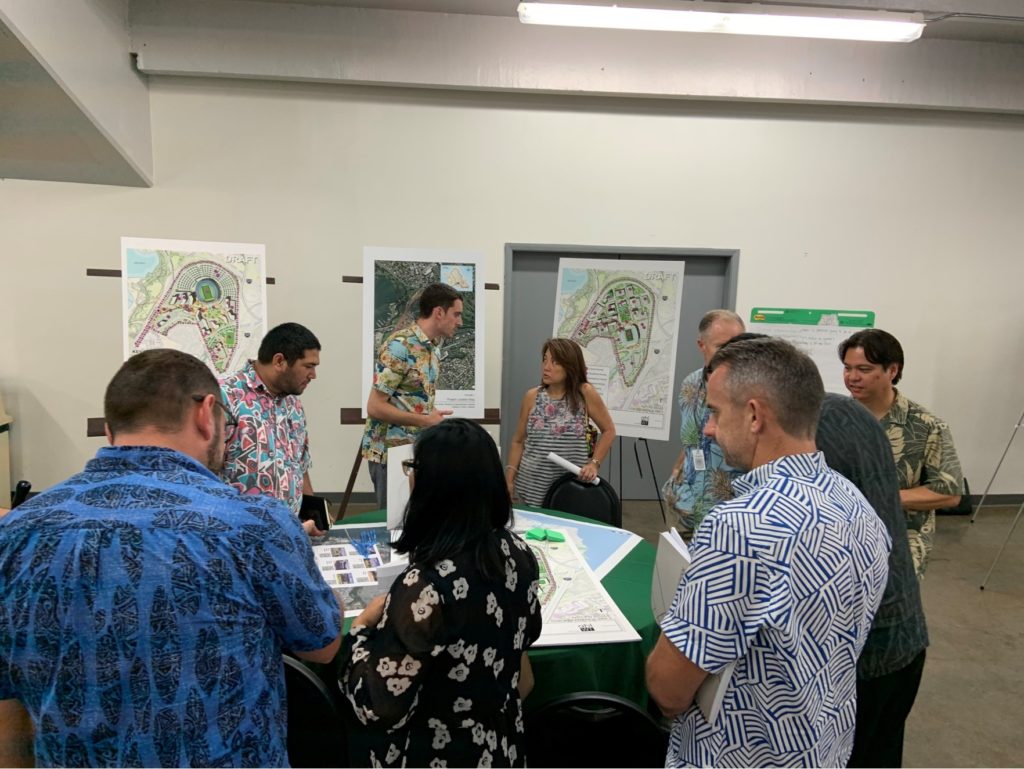 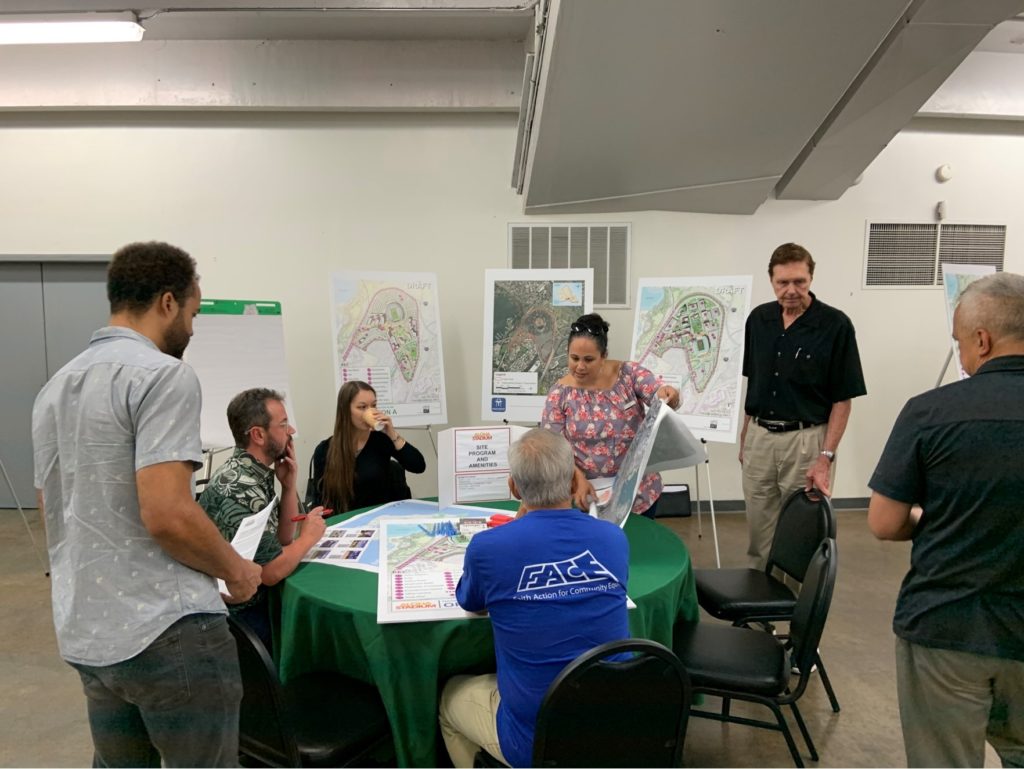 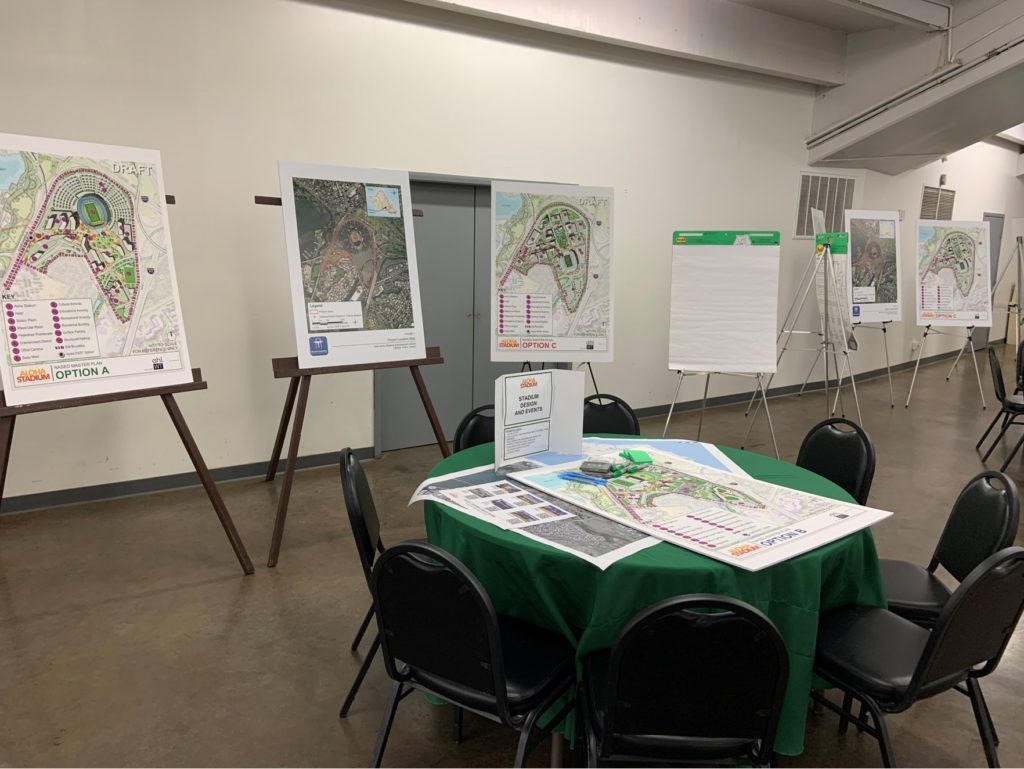 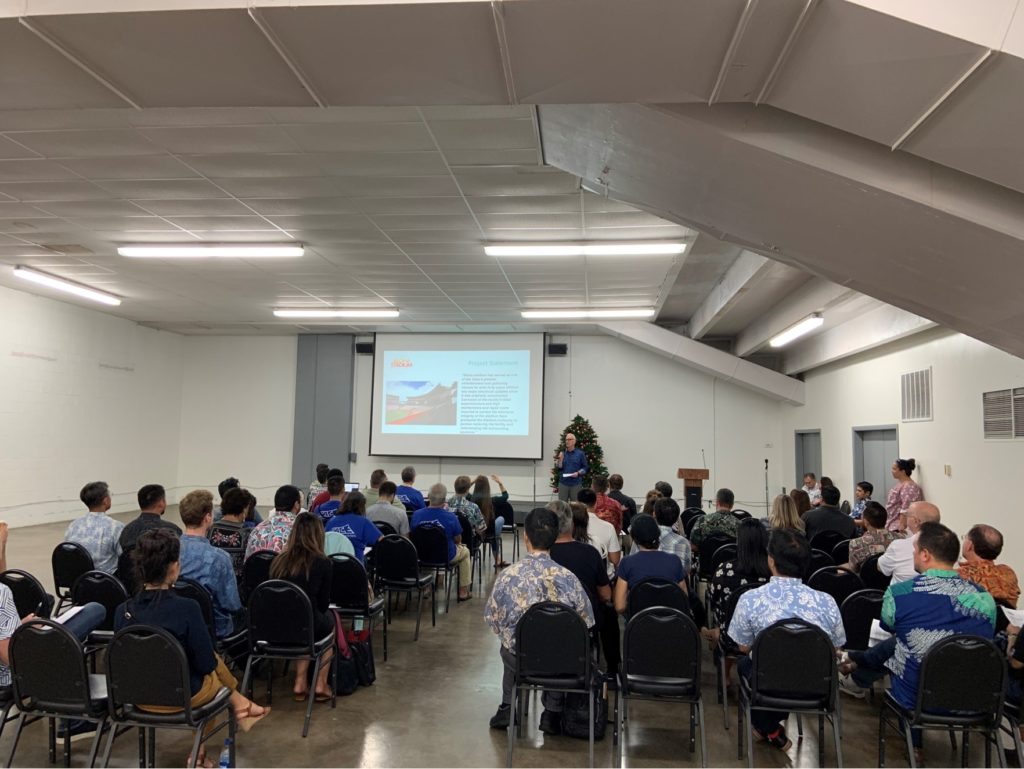 Approximately 100 interested contractors, developers, architects and engineers from Hawaii, the mainland and other countries, attended NASED’s P3 Industry Day at Aloha Stadium. Attendees heard from WT Partnership’s Adam Shaw, who moderated a presentation about the project. Presenters included Stadium Authority Chairman Ross Yamasaki; Stadium Manager Scott Chan; DAGS’ Public Works Administrator Chris Kinimaka; and Crawford Architects’ Owner and Senior Principal Stacey Jones. The NASED presentation covered a broad range of topics, with information about the project’s schedule, process and commercial structure. The level of interest demonstrated by those in attendance indicated that the project is of keen interest to some very capable firms active in the P3 development industry. Discussions with potential P3 partners have continued since the Industry Day and an RFQ (Request for Qualifications) is scheduled to be sent by the end of the year.

Members of the NASED team enjoyed the festivities at the Aiea Fun Fair on December 14, while staffing a tent display that featured renderings and handouts about the project. Several community members stopped by the tent to speak with the NASED team members and ask questions about various facets of the project. They also had the opportunity to win prizes by participating in prize drawings and a ring toss game for kids.

At the Swap Meet Vendors’ Meeting on October 2, Centerplate (managers of the Swap Meet) and Crawford Architects’ Stacey Jones presented the New Aloha Stadium Entertainment District (NASED) concept options (A, B and C) to approximately 40 vendors in attendance. During the presentation, it was stressed that the Stadium depends on a successful Swap Meet and the vendors were reassured that their enterprise will be accommodated prior to construction, during construction, and well into the future of the entire NASED project. Following the meeting, vendors were invited to stay and visit with NASED representatives.

Approximately 80 people attended the PEIS Scoping Meeting at Aloha Stadium on September 25. This was an opportunity for the public to voice its environmental concerns about the development on the Halawa site. The scoping meeting is required as an early outreach for the EIS process to ensure that there is input from the public in determining what environmental issues the EIS should consider studying. Topics of interest were: traffic, residential development, recreational opportunities, the Swap Meet, communications and transparency, stadium capacity, and construction and budget.

Email inquiries or comments to nasedp3@wtpartnership.co